I am sharing this so that if someone finds themselves in my position, they know that there’s hope.

I know that I needed hope.

Rewind to the summer of 2013. I was in the best shape of my entire life. Stronger than I could have ever imagined. Workouts were my favorite time of the day. Climb a rope? No gym class fears here. Do as many burpees as possible in 7 minutes? Sure, I’ll bang out over 100. Handstand push-ups? Piece of cake. 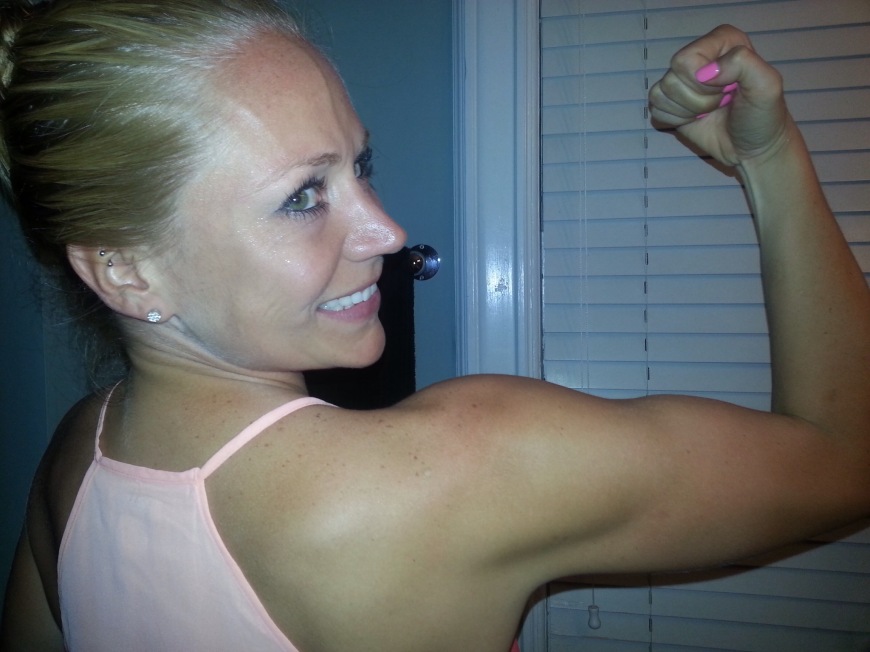 November 25, 2013, my life changes in the best way possible. Hubby and I find out I’m pregnant.

From that moment, as I looked at the digital “pregnant” in disbelief, I knew that life was about to take an awesome turn.

Fast forward 9 months. I had turned into a giant pregnant lady. Check out the (not so pretty) transformation. 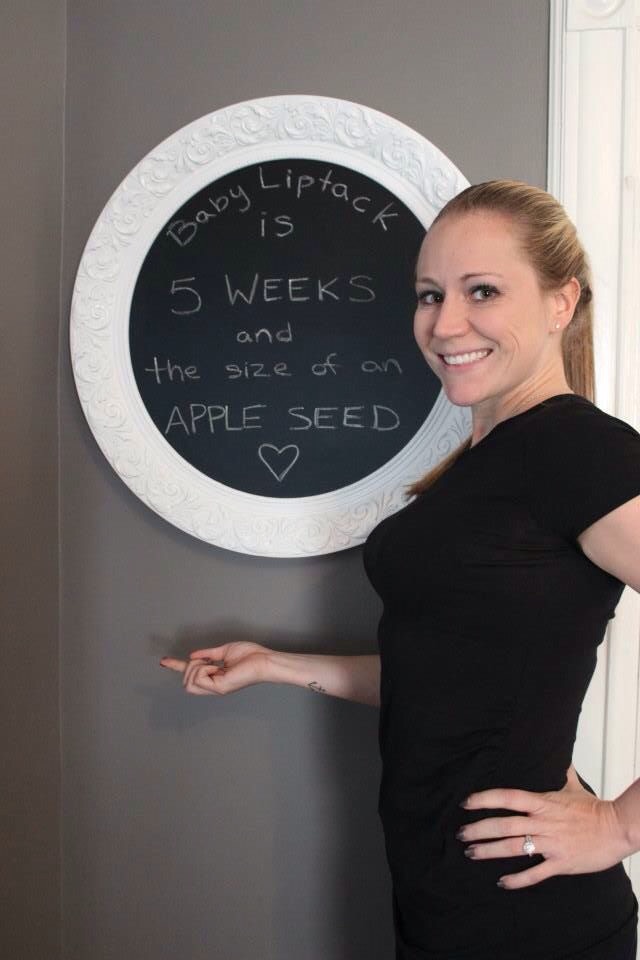 Turns into this (after a lot of laying on the beach like a stranded whale): 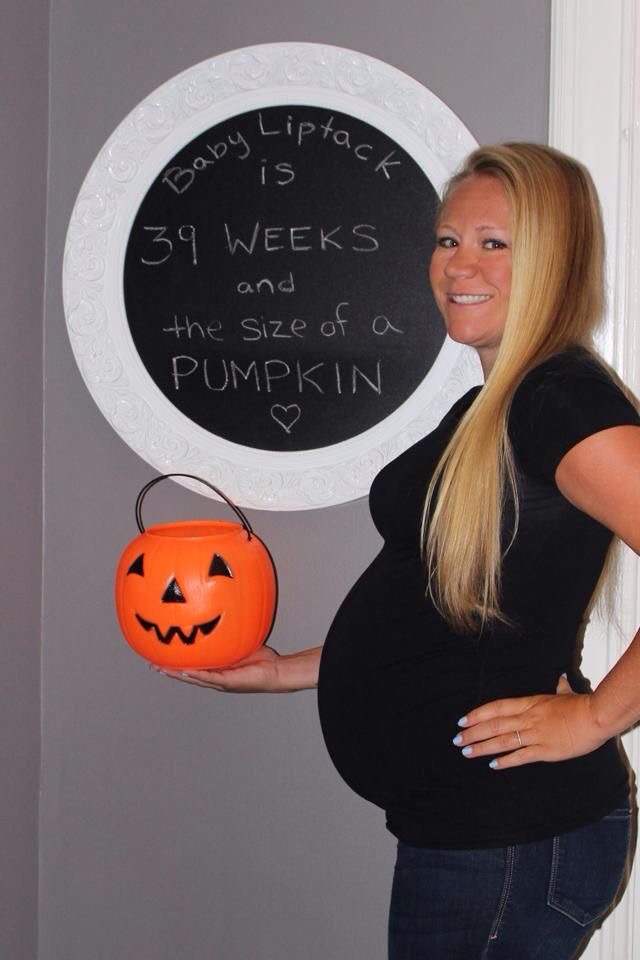 Now, it may not look like it, but continued to do WODs straight up until the day before I gave birth. Actually, apparently my water had been broken for the last two workouts and I just though I kept peeing myself (tmi, I know). I would have gotten in one last workout and a mani/pedi, but when my doctor saw me at my weekly appointment and determined my water had been broken for two and a half days, she demanded that I go to the hospital to be induced. Yes, I did actually ask if I had time to get my nails done. She yelled at me.

Seven hours of labor and twenty minutes of pushing later, my life was complete. I had the most amazing caring husband by my side as I pulled out (yes, I actually pulled a baby out of my body) the most beautiful baby girl I could have ever asked for.

Why am I sharing all of this? Well, as we brought home a perfectly healthy little girl, my health began to decline and I didn’t quite notice it. I guess we were a little preoccupied with that little squirming bundle of cuteness. I gained 50 pounds while pregnant. WAY more than I like to admit. Luckily, a week post partum, I’d lost half of that. I guess between the baby and a massive amount of swelling I had, that was the easy part.

Three months post partum, and I hadn’t lost another ounce. As soon as I got the ok from my OB(at three weeks PP),I was back at the gym 5 days a week. What gives? Ok, maybe I was eating more than I should’ve, but I was (and am proud to say that I still am at nearly six months) breastfeeding my daughter. A nursing mother needs 500 calories a day. Plus, I would get the shakes all the time. Obviously that means low blood sugar, right? No.

I went back to my OB when I became discouraged about getting fit again and started to feel very weak all the time. She decided to run bloodwork. Thank goodness there was a reason for this. Pregnancy broke my thyroid. She didn’t tell me specific results, just that my thyroid levels were out of whack and she was using her influence to get me in to see an endocrinologist ASAP. I spent a week assuming that I had a lazy thyroid.

My appointment was with an endocrinologist that was based at the hospital. He sat me down and told me that I had hyperthyroidism (wait, I thought it was slowing down, not speeding up). He ordered more bloodwork and an ultrasound. A week later I sat in his office as he told me I have Graves Disease. I also have nodules growing in my thyroid. I had no clue what any of that meant, but being told you have a disease that you will have for the rest of your life is a darn scary prognosis. He continued to tell me that it is very easily treated with medication, but I would have to stop breastfeeding. No, no no no no, no. I had made it past a very rocky start to my nursing relationship with my daughter and I was not going to let my health get in the way of the benefits of breast milk for her. He told me he would absolutely not treat me if I was nursing her and I left in tears.

I could do this. It would help me lose weight anyway, right? Well, after I stopped eating whenever I shook, I lost ten more pounds. Sweet. Except for one big problem. I had lost nearly all of my strength. I would still drag my ass to the gym, but I would get there and dog it. I could hardly even walk up the stairs while holding my daughter, forget about trying to lift her full bathtub up onto the counter. The tremors got so bad that I couldn’t fasten the little snaps on onesies without extreme concentration, and at the end of a workout my entire body would tremble. Remember that girl I told you I used to be at the gym? Well, I couldn’t even do a push-up anymore.

I knew that something had to be done, so I did some research. I found out that I was not alone and it is actually a fairly common thing to have thyroid issues after pregnancy. I turned to the women in a Facebook breastfeeding group. Many of them had encouraging news for me. Yes, you can take thyroid medications while nursing. It seemed like that first endocrinologist was covering his butt! I called my OB again and asked if she could get me in with another endocrinologist.

I had an appointment the next day. Thank goodness because I truly felt like crap. She ran more blood work, but I could’ve told her it was getting worse without it. She was going to start me on methimazole. Once the blood work came back, she decided to double the dose she had originally thought. It had gotten much worse.

This is where my story gets much better. I started my medication on New Year’s Day. I knew it would take several days to kick in, so I was patient. This year’s resolution was a bit different than it has been in the past. I resolved to get my health in check. If not for me, than for the beautiful little lady I get to call my daughter.

During this time, I also read a book by Gail Devers, yea, the Olympian. My husband had done some research and thoughtfully bought it for me. After I read it, I realized that If she can win an Olympic gold medal with Graves Disease, surely I can make it through everyday life.

After a week of medication, I saw the light at the end of the tunnel. I was still shaking, but was slowly gaining strength day by day. It has been over two weeks since I started now, and the tremors are happening much less frequently. Methimazole gets into breast milk in small concentrations, but I take the pill after her last nursing of the night. Her pediatrician didn’t even want to check her thyroid levels because it is regarded safe while nursing.

I am just now starting to run again during the WODs. I am back to lifting heavier weight. My push-up ability has returned (apparently Graves leads to weakened shoulder muscles). Just the other day as I ran past my trainer (on my way to lap several men in my class), I told him “the old Sara is back, I missed her”. He responded with “I sure missed her too”. And, just incase you are wondering, we just did 7 minutes of burpees. I did 68.

If I’ve learned anything from this ordeal it is this:
– listen to your body
– stand up for yourself to medical “professionals”
– trust your instinct

I know I have a lifelong battle against Graves Disease ahead, but I am happy to say that I am on my way to having it under control for now.