Today is the three year anniversary of our engagement… or I like to call it, our “engagaversary”. It was an extraordinary day, which involved traveling to London for fish and chips. Yes, you heard it right. We flew across the pond for a deep fried dinner. Or at least that’s what I thought we were going there for. My now hubby had other plans. In honor of our engagaversary, I decided to make a paleo version of fish and chips.

Before I fill you in on the recipe, here’s a throwback picture of us right before he asked me to marry him. We are kissing from two separate hemispheres across the prime meridian: 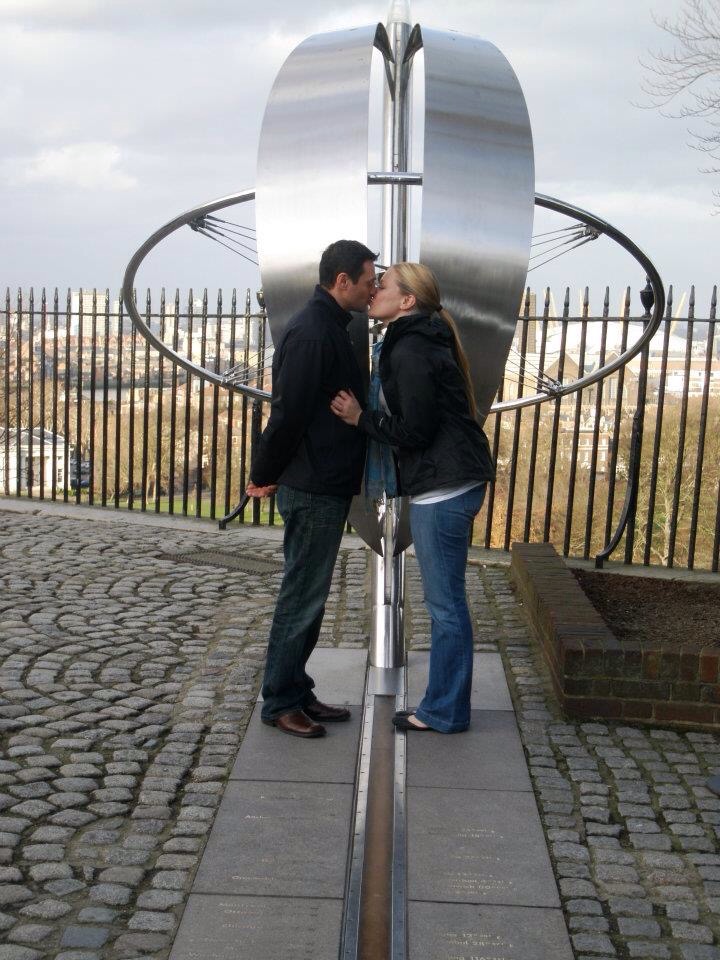 Ok, and one more of our celebratory night out:

I’ve separated the meal into two separate recipes. It is tricky to prepare the meal so that everything is hot when you serve it. My big suggestion would be to have the oven on as low as it goes to keep the parts you have fried already hot.

1. In a small mixing bowl, stir almond flour, coconut milk, eggs, and salt together.
2. Heat oil in a large pan over high heat.
3. Dip cod in batter and fry until golden on both sides. I like to use two forks to carefully flip halfway through.
4. Remove from oil and place on a paper towel lined platter.
5. Serve with fresh lemon.

1. Cut potatoes very thinly using a mandolin. Place in a large bowl and toss with coconut oil, salt, and pepper.
2. Heat palm oil over high heat in a large frying pan. Fry potatoes in batches until the curl and begin to brown.
3. Place on paper towels to absorb excess oil.